What should a good drainage system have? Drainage systems are essential in keeping water away from your home and your homes foundation, and to maintain the structural integrity of your home.

Another reason having a drainage system is important is that it will protect your landscape, and allow you to use your backyard.

In the Fraser Valley drainage systems are especially  important due to the amount of rain that we get annually. What should a basic drainage system contain?

A basic drainage system has 3 components

Additional systems are available to drain lower grade areas, collect surface runoff from driveway and patios, handle water behind retaining walls, and drain any other place you can think of.

All homes are susceptible to not having properly sloped land away from structures. This is due to most operators grading the yard by eye, which leaves room for error. Near flat landscapes should be graded by laser to ensure water will only flow away from designated areas. It takes a skilled, experienced operator to accomplish this. 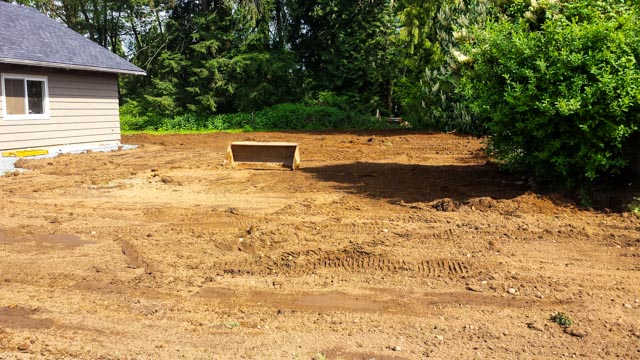 A perimeter and downspout drain

This can be problematic for basements, and crawl spaces. This water will create standing water, mold, an unpleasant musty smell, and even rot if left uncorrected. 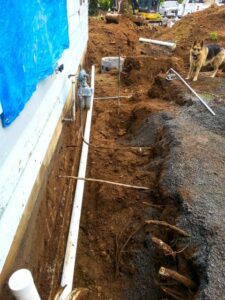 Where does the collected water go?

Both new and older homes can share the same challenges as to where all this collected water goes. Some streets may have a “Storm water” connection point provided by the city, while other may have a ditch system to use.

If none of these options are available a leach field or rock pit may be used. HOWEVER, it must be built large enough as the Fraser Valley’s clay soil doesn’t dissipate water very quickly.

What if I have all 3 components of a drainage system and I still have drainage issues?

It’s very common for areas of a yard to be flat which prolongs the drying time after a heavy rainfall.

In the past it was normal for an operator to grade by eye, but time after time operators got it wrong.

A properly graded yard moves water away from higher areas by using gravity, a principle that doesn’t fail.

Perimeter drains allow all of the collected water from homeowner’s roofs to escape underground at the base of a home’s foundation. Eventually this perimeter drain will collect this water, but not before the it has made the homes foundation footer wet, and potentially entered the homes basement or crawl space.

Unfortunately, it’s extremely uncommon that perimeter drains and downspouts are tied into together. Most homeowners have no idea that their drains are not tied together because from the surface they both use the same white pvc pipe.

All of the pipes around your home, as well as any other drainage systems (French drains, retaining wall drains, driveway drains) should tie into what’s called a sump. This sump is usually a large 3-4’ diameter concrete container that sits flush in the ground that has inlet pipes, and outlet pipes connected to the sump.

As rain falls on your roof, asphalt shingles lose their granules. This makes its way to your gutters, and down the downspouts into your system. The sump is a great connection point as well as a great debris filter.

Without a sump collection area, this debris clogs pipes deep underground. Instead of having to clean or unearth pipes, the debris ends up in the sump, where it can easily be shovelled out as needed. 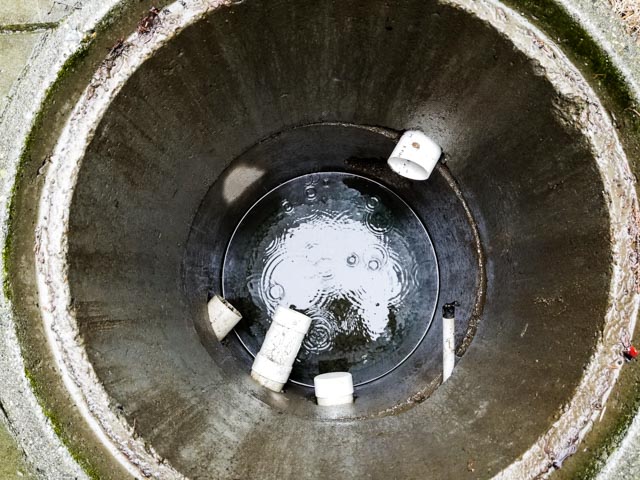 Ensuring that your drainage system has land specifically sloped away from designated areas, a perimeter drain and downspout drain, and a discharge location with unlimited capacity for all of the water collected throughout every season, homeowners can stay rest assured that they will keep their foundation and home safe and dry.