Does every company build their retaining walls the same way? When it comes to buying something that we deem a lot of money, most of us want to “shop around”, and spend as little as we can to get what we are looking for. This works if you are buying a designer hand bag that is made at the same factory with the same fabric and the same company is making the bag.

Some stores may sell the bag with a huge mark up so that they make a bigger profit, while others may sell it for less. In this case it is a good idea for buyers to “shop around” because whether you buy the cheaper bag or the expensive bag, you are getting the same product.

When it comes to purchasing a landscaping or construction project, you cannot compare quotes or the end result of the project, like you would a designer bag. But don’t all contractors build things the exact same way? 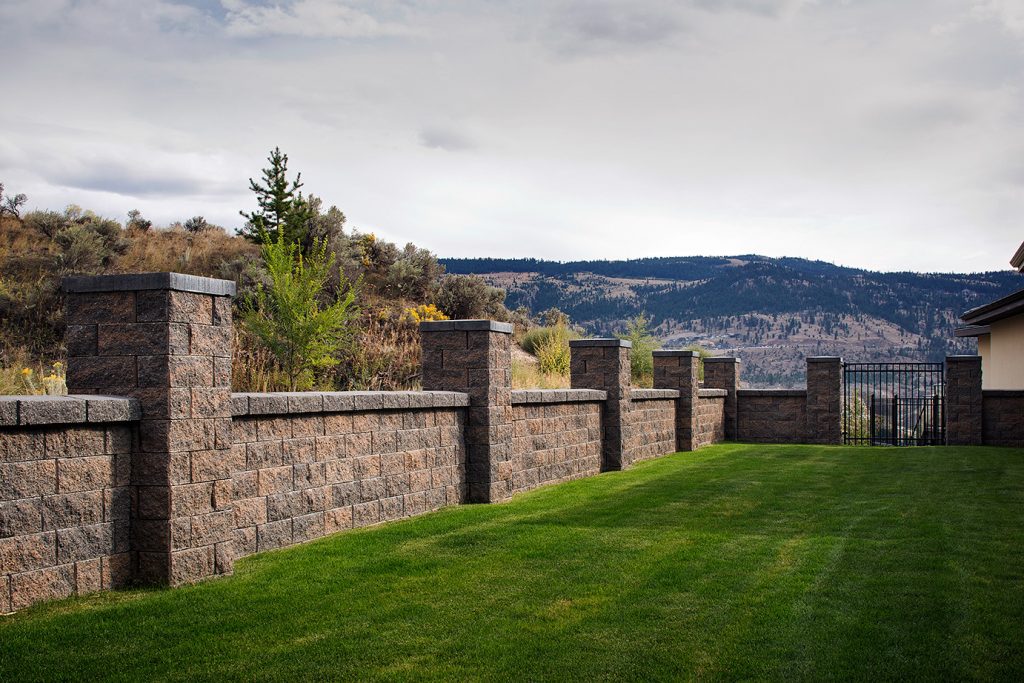 For the purpose of this article, we will be talking about retaining walls, and how even if they are built with the exact same Allan Block material, fabric, and gravel, no two walls are equal.

The vast majority of retaining walls are not being built properly and very few walls are built well, to Allan Blocks best practices, and stand the test of time.

Drive around any neighbourhood and you will be able to see many retaining walls that are failing, have major sagging and settling, and are uneven. While some of these walls may be built out of wood, most walls that are built nowadays are made out of Allan block. 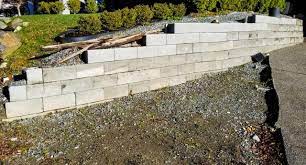 Most people hear that Allan Block walls last forever, but when someone says this they are referring to  the actual concrete Allan Block material.

Allan Block will last a lifetime regardless of who installs it, but just because a retaining wall is made out of Allan Block does not mean that it will never fail ( fall over), sag, be uneven, have cracks and gaps in it, or continue to look good. All of these factors are based on who is building the wall.

Allan Block retaining walls that are built properly will last a lifetime, stay straight and true, level, and will be a focal point for its entire lifetime.

So why don’t all contractors build their retaining walls the same? Do they not have to follow guidelines that everyone uses?

Anyone with any type of training can say that they know how to build retaining walls correctly, but how can you as a customer validate that your wall is going to be built to proper standards? 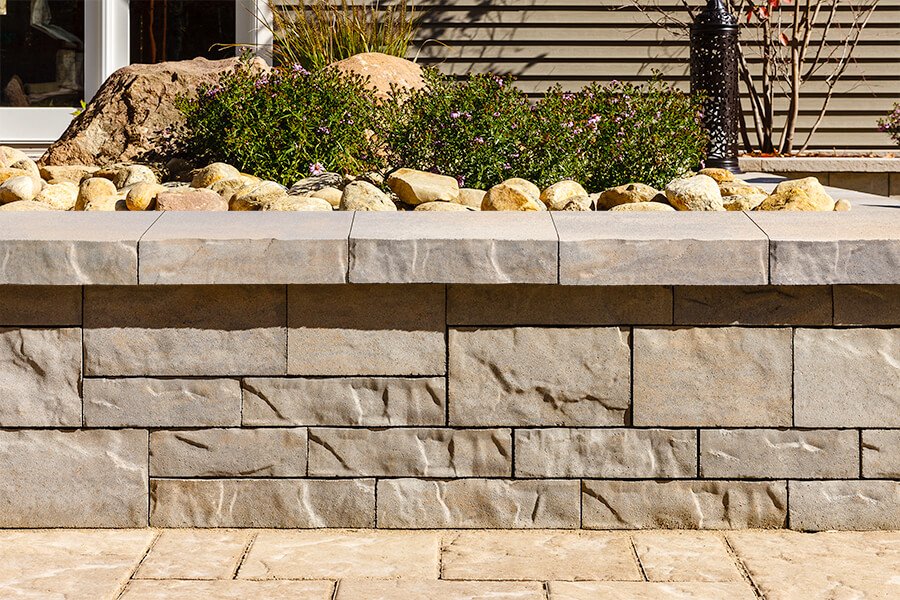 Get a quote today!

How do I know if my retaining wall is going to be built correctly?

Unlike most jobs where you need a diploma, landscaping and construction jobs do not come with a whole lot of prerequisites.

The problem with this is that anyone can start a company with little to no training and homeowners take this to mean that they are experts in their field. Anyone can get a business licence and start a company.

Because training is not required to be a contractor, very few people have enough training behind them.

When it comes to retaining walls, you really want your wall to do its job of retaining soil. If a retaining wall fails, homeowners can be looking at costly repair bills, and even safety concerns.

The last thing anyone wants is to have to build their wall twice because it has failed.

Allan Block provides 3 levels of training for their retaining wall installers, that teaches them exactly how to build a wall properly,  and with best practices according to Allan Block themselves.

This training should be taken by anyone who is building a retaining wall, and surprisingly not a lot of contractors now about it, or want to take the timer to go to it.

There are two technical installation manuals when it comes to building retaining walls, one for commercial walls, and one for residential retaining walls.

The Allan Block technical installation documents are something that all contractors that are building walls should read.

Again, the vast majority of wall installers are not taking the time to read these. 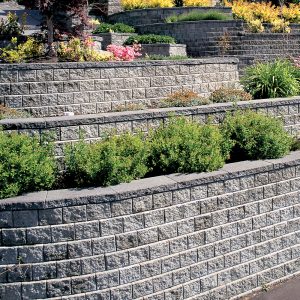 Allan block representatives have a massive amount of knowledge, experience and skill. Contractors that are in good standing with their reps reap the benefits of training from the Allan Block professionals themselves, and utilize those knowledge and skills.

Allan Block reps are available if a problem arises , and can answer any question that a contractor has if they are on a difficult job site.

Many companies do not take the time to build a good relationship with Allan Block, and don’t have access to this advice and knowledge.

It might sound weird, but YouTube is an amazing resource when it comes to learning how to build a retaining wall that will both function and look good. There are lots of great builders on you tube who have owned their landscaping companies for decades, and like to educate both homeowners and contractors on how walls should be built, and things to avoid.

A professional landscaper/contractor takes the time to learn and absorb as much knowledge that they can through books and videos, and continues to learn and grow, even if they have been in the business for a long time.

The benefit of watching these videos, is that even learning one new thing can drastically improve a contractor’s wall building skills.

Twenty years ago, the only way to learn how to build a wall was to watch someone in person. These days, you can watch five videos in a night and learn different tips from five different people.

YouTube is a huge resource that most people use to learn, and as contractors we should be no different. 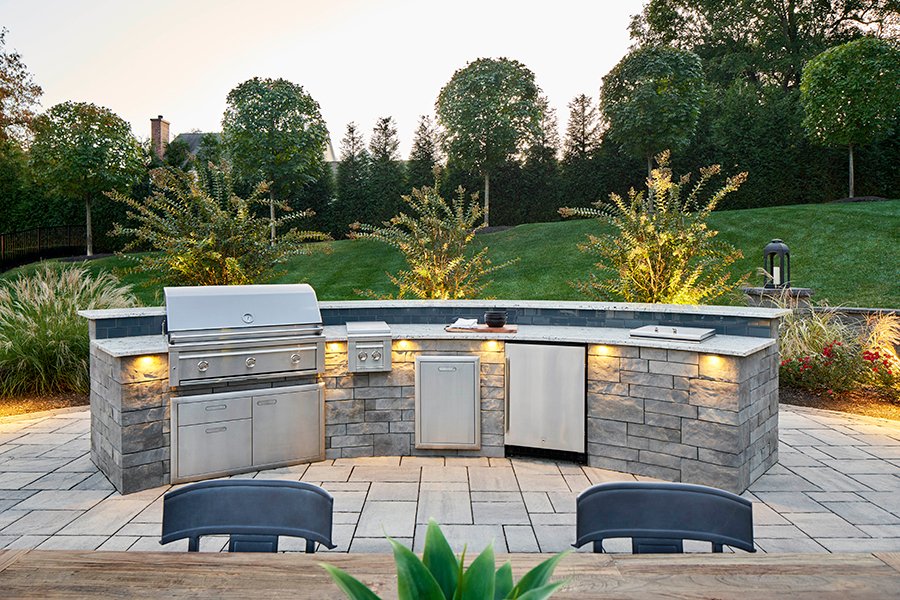 Practising basing and building a retaining wall helps contractors learn different things that they can do to make a retaining wall look better, and will help the crew learn how to work well with one another.

One example of this would be that for a curved retaining wall, most contractors use a hose or conduit to follow, which is not straight and true. During practice of building a retaining wall a contractor came up with the idea to use  fibre glass rods instead of conduit, and was able to get a consistent curve in the wall that was 100% true.

Another advantage of practicing building a retaining wall, is that practice really  does make perfect.

If you want a retaining wall that not only lasts for 100 years but looks great too (which can be important for a homes resale value) the person building your wall should have ample practice.

Practice can also mean the difference of a wall taking a month to build, or two weeks.

Not all companies have the same equipment, and that can be a problem when a company (or homeowner for that matter) is building a retaining wall.

For a retaining wall to be built to Allan Block specifications, there needs to be the proper amount of soil excavated  to build a proper base for the wall, and the right amount of gravel brought in for the base and behind the retaining wall.

If a company uses shovels instead of a machine to dig, it is impossible for them to excavate the right amount of soil. Even if you had a hard-working crew, there is no way that the trench will be dug as deep as it needs to be. Not only that, but when crews need to wheelbarrow in gravel they will “cheat” how much gravel they bring in.

Unfortunately, many companies will avoid putting enough gravel behind a wall due to how labor intensive it is ( if they do it at all).

When machines are being used to excavate and haul material, labor is reduced, and the amount of soil being excavated and gravel being brought in won’t be cheated due to a tired crew. 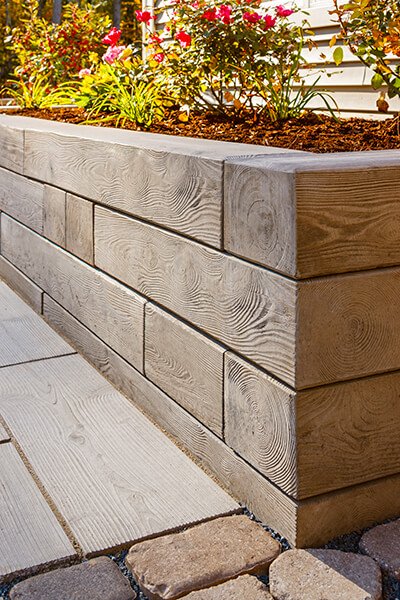 A crews foreman runs the job site, oversees the work, and need to think ahead. When a foreman is patient, organized, enjoys what they do, and have an eye for detail, their crew will be happy, and the work that is produced will be far and above other crews projects.

Having a professional and experienced foreman is just as, or even more important, as having the right equipment for the job.

A company can tell you that they are going to excavate enough soil, and haul in enough gravel for you to have a long-lasting retaining wall, but will they? Even if your contracts scope of work says it, does it mean that when no one is looking it will get done?

Having a crew that has integrity, and that you can trust, goes a long way to getting the end result you are looking for, and peace of mind that your yard is being treated like it was their own.

What if the scope of work is the same for all companies that are giving me quotes?

Any company can write the scope of work the same. What matters is how they execute the project.

Companies that bid low just to get the job realistically cannot have the finances to build a wall properly. This is just facts.

If a company is saying that they will build you a wall for thousands of dollars cheaper than other companies, this is a big red flag, and there is no way that they are removing enough soil, and building the wall correctly.

A price that seems too good to be true is just that. Something is going to have to be cut, whether that is quality or materials, to be able to do a job for a low price. 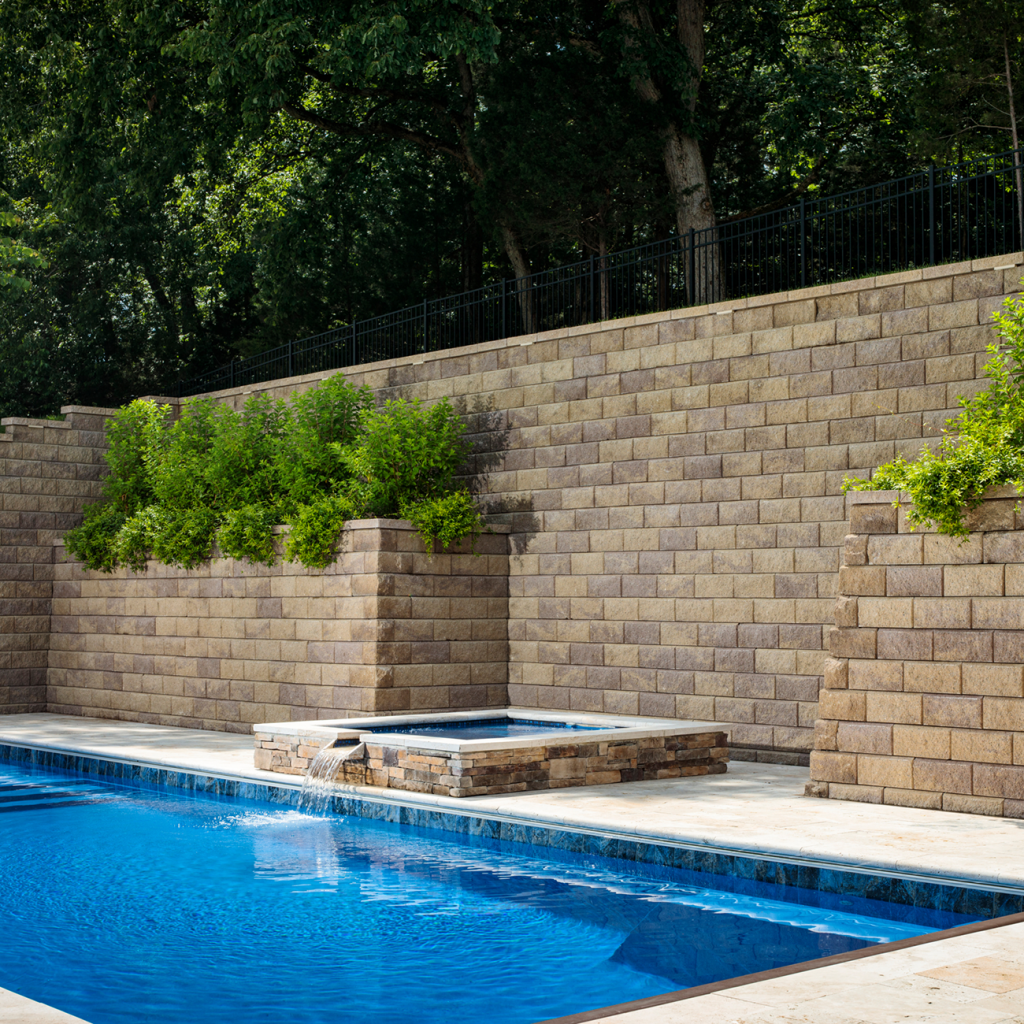 When comparing quotes from contractors forget about the scope of work, and instead ask what training the contractor does, what equipment they have, who their foreman is, what resources they have available to them, and what their past customers say (Google reviews).

And remember that “Most walls are built the same, and very few are built well and to best practices”.

Why are retaining walls so expensive?